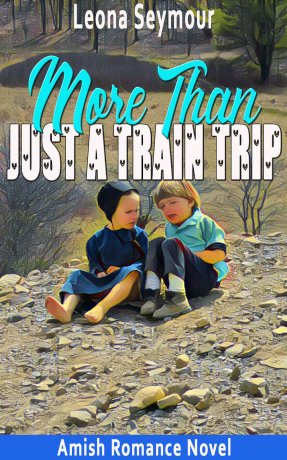 No Rating
Joel is a man in his twenties who met Gail while delivering something from his job. He is an athletic and kind person, who had his dreams derailed by a car accident a couple of years back. In the first chapter, he discovers that his grandmother had passed down a key to him after her death. The story behind this key is a mystery.

Gail is an eighteen-year-old Amish woman who has come to visit her grandmother’s Amish community after her home was flooded. Her grandmother is still haunted by nightmares of the flood and is trying to recover emotionally. Gail gradually gets to know a young man in this new community named Benjamin, whom she finds him irritating and overbearing.

When they learnt about this secret key, they take an interest. Joel, together with Martha and Gail, the three of them embark on a train trip to a nearby city to learn about the origin of the key.

During the fourteen-hour ride, she challenges him to avoid electronics just to see if he can entertain himself the “plain way” and he takes her up on her offer. Bored, they bicker a bit but go on to tell each other about their lives. Gail is interested in midwifery among the “plain people”. She loves helping people with delivery of babies. Joel is a bit more reticent about his dreams, since he feels it’s useless to even consider. During the course of the trip, they meet a variety of characters and develop feelings for each other. When they got to the cabinet, which the key unlocks, they realize that there is something truly expensive and precious in it. After returning from the trip, they continue spending time together. But now, they are both beginning to see the pressure from Gail’s community for her to not date an Englishman. The story is divided in three parts, part I, part II and part III.

This is a standalone romance novel ending HEA!