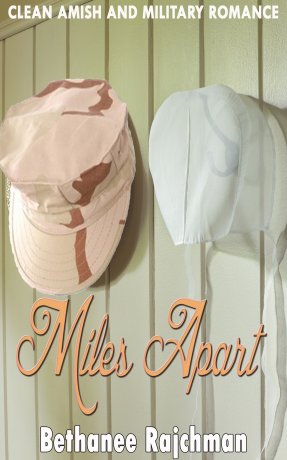 No Rating
Justine Burkholder is a typical Amish girl, eighteen years old and looking to get married and have a family of her own. There were several young men who had her in their sights, but she didn’t want to commit until she felt God had chosen the right man for her. In the Spring of her eighteenth year, she began to have fainting spells which became more frequent. The local clinic found a heart condition and sent her to New York for further testing. While there, she was robbed, but saved from a worse fate by a strapping Navy Seal. His charm and courage worked its way into her heart.

Could she love a man who was her complete opposite? And what of her faith? See how Justine finds a way to love a man whose work constantly sends him miles apart from her.