Straddling the Fence of Certainty: A Transgender Romance Story 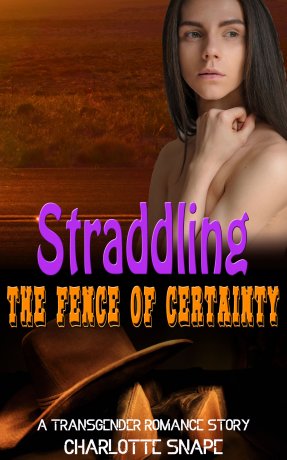 But, there's a thing tied in with Charlene's past that she doesn't want anyone to know. That Charlene was born Charly Murphy, and that she spent the majority of her life as a “he” until very recently, racking up not only student loans to see her college dreams come to fruition, but also to successfully transition into a new body, and into a new life.

Finding work at Big Bobs Ranch in the middle of Utah, taking on a contract that can easily take care of one of those big bills, she realizes for the first time that she's on her own, and can do whatever she wants, and no one would ever have to know about the earlier, different part of her life.

Then she met Jaden. A hunky cowboy with a penchant for winking, whistling and making her blush who also seems pretty interested in her.

There's just one problem. He doesn't know, and the closer he gets, the more she feels scared of how he'll react.