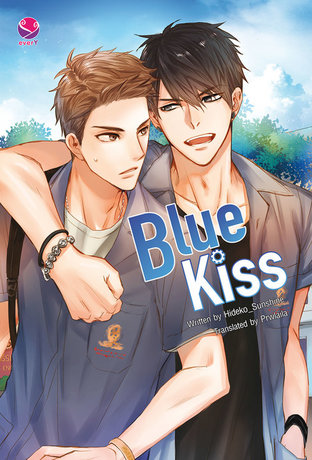 87 Rating
Kao’s first merry step in the university stumbled
when the new bond of friendship unexpectedly threw him
into the same gang as Pete’s, a rich, handsome guy who was his high school friend.
It would’ve been fine if they’d been normal friends, but Pete had once targeted him!
Even though Pete had broken his old habit of getting into fights from high school,
their resentment towards each other never changed.
Their friends had to go to the trouble to strengthen their relationship
by pairing them up for a school assignment.

Until, one day, the walls between them had broken down.
And Pete and Kao found that they got along better than they’d expected.
But their newfound relationship was threatened to be ruined
when Fongbeer, a BA student, had gotten in the way of their ‘friendship.’
It made Pete try to pick fights with Kao every day like before.
What should a best friend (who wanted to be more than just a friend)
like Kao do in this situation?