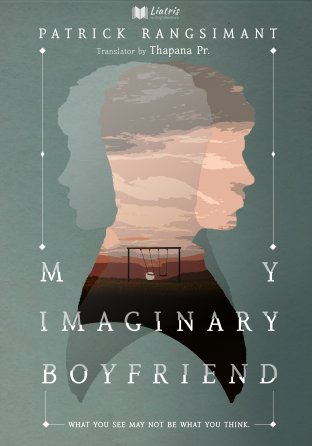 11 Rating
"If you leave it without saying goodbye, it will come back to deprive the life out of you."

At first, Phai though that Klong was only his imaginary friend who stepped up to be an imaginary boyfriend. But seems like Klong doesn't want to be only imagination, he wants to be more even he has to do something terrible...

This is a paranormal thriller romantic novel about Phai who falls in with his imaginary friend whom he left behind without saying goodbye since he was young. 22 years later, after the reunion with Klong, even Phai feels really happy but there is a feeling that touches at the back of his neck. It's fear.

Because it's like in the bedtime rhyme said about the imaginary friend "If you leave it without saying goodbye, it will come back to deprive the life out of you."