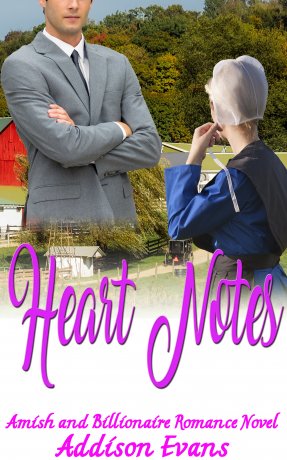 No Rating
Sara is a young Amish girl of 22 who thinks she’s found the man she should marry. Her family likes him, and she can see the path already set ahead of her. Sara’s rumspringa starts, and with a translating job in a company with a young boss, she finds herself lost. So much can’t go home with her, including a piano that she learns to play like her life depends on it. Her boss, a young billionaire who runs his own company, is kind and smart and she learns a lot about herself in getting to know him. When she goes home for her niece’s birth, the Amish man she initially thought she could love proposes to her.

Now, back in the English world for the last few weeks, she had to decide if she wants to stick to tradition, or if she will abandon it all for a man and instrument through which she’s learned to love herself.

This is a standalone romance novel ending HEA!