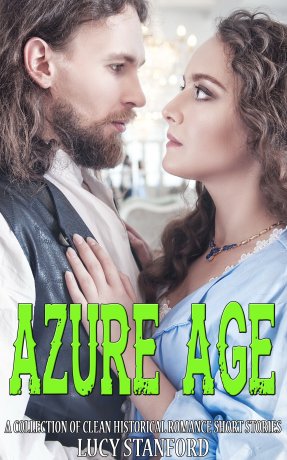 No Rating
This collection of sweet historical romance will leave you wishing you had a time machine! No matter what the odds are, these stories prove that true love cannot be denied.

“The Highlander’s Heart” tells the story of Leithe Àite Sithe, who returns home after five years to unexpectedly inherit the throne. In doing so, he must deal with a frosty and aloof Englishwoman, Eleanor, who can’t seem to stand him. As Eleanor slowly warms up to Leithe, other difficulties get in the way of a happy life. Leithe is pursued by a woman who is determined to own him, and Eleanor has a dangerous secret.

Keaton Quinlan knows it’s his destiny to be a knight. When he is young, Keaton is sent to the Earl of Lancaster to learn under the Earl’s swordsman. There, he meets and befriends Rhoslyn Lancaster, who is strong and stubborn. She is as passionate as Keaton about learning to fight, and they become fast friends – and eventually fall in love. However, when Keaton goes to war, their love is truly tested. What would Keaton do “For the Heart of a Maiden”?

Ewan MacPhee and Claire MacClelland, both impulsive and strong-willed, share Forbidden Kisses in the Highland. Ewan becomes the chief of his clan after his father passes away in a hunting accident. Claire is betrothed to a man she hates and flees her own clan to avoid a marriage she doesn’t want. Their love for one another is so powerful – and forbidden – it sparks a war between their clans.

Baroness Lavinia Whitfield is “A Baroness of Honor”. She is the middle-aged daughter of the Earl of Whitfield, who perishes in the Napoleonic wars. Lavinia is married to the son of another Earl, George, who was wounded in the same war. However, when George and his father are killed in a hunting accident, the tragedy-ridden Lavinia is left alone again. She moves to London, hoping to find the love her parents had before it’s too late. Read Lavinia’s personal diaries and discover her journey to love towards a younger man.

In “A Highlander’s Word”, Isla MacGregor flees her cruel clan chief – who is also her father. However, she leads herself right into danger when she’s attacked by bandits. Alistair Cameron, a handsome Scottish Highlander, rescues her from her assailants, and love blossoms. However, this proves even more dangerous, as their clans have always been mortal enemies. Can their love overcome generations of family hatred?