Heat of Vision: A Collection of Gay Romance Short Stories 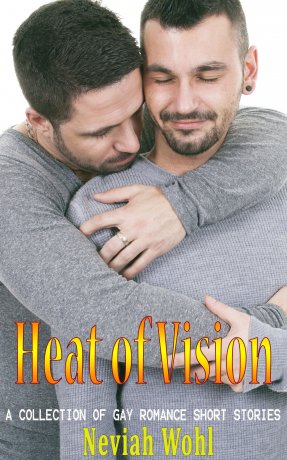 No Rating
A collection of passionate and steamy romance for men who love men. This collection has plenty of stories to pique your interest!

“Bat Boy” follows George Danson, a barman who takes a second job as a bat boy and reunites with his first love – Eric Stratford, who’s become a Major League Baseball star. While the other players bully George, Eric completely ignores him and hides his sexuality. Will George and Eric ever be able to reconnect?

In “Slam Dunk Love”, point guard Randall “Randy” Miller has had difficulties with injuries his entire career. When he’s finally accepted to the Hartford Hipsters, he takes them all the way to the NBA Finals. But when rumors start swirling around him, Randy provides an exclusive interview with an up-and-coming journalist, Cooper James, and has to confront his sexuality.

“The Blue Forces” tells the story of Bobby and Richard, a couple dealing with the difficulties of deployment. When Bobby comes home from Iraq, he and Richard confess that both have been with other men during the long deployment. As they struggle to figure out how to deal with these confessions, Bobby finds that he is deploying again sooner than he thought.

Lieutenant Daniels and Lieutenant Shawn work together to get recruits to join their camp, and they both want to steal Ryan from another recruiter. Eventually they wear Ryan down and he agrees, but he finds that they have strange terms for him. What’s in store for “The New Recruit”?

4 steamy stories make up this gay romance collection. All have the ending HEA and this book contains over 40k words of reading!

This book contains language, situations, or images appropriate for readers over 18 years of age only!