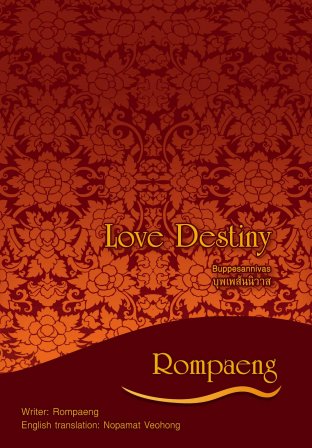 15 Rating
The fun begins when “Ketsurang”, a portly university professor, has a car accident and wakes up in the body of a beautiful and slender young lady. Initially, this is a dream come true for her but that might no longer be the case when she realizes that she has time traveled back to the reign of King Narai. Despite her beauty in the new body of Lady Karaket, the viciousness this persona has inflicted on others renders her friendless in the residence except her two loyal handmaids. Even the residence owner’s son who is her betrothed shows his apparent disdain towards her. But Karaket is not Ketsurang who is a modern woman. There is no way Ketsurang in Lady Karaket’s body is going to sit around quietly when others talk her down.

An award-winning Thai novel made into a phenomenally popular TV series is now available in English.

Made into a TV series in 2018 by Broadcast Thai Television, it garnered a huge following when aired on Thai TV Channel 3.