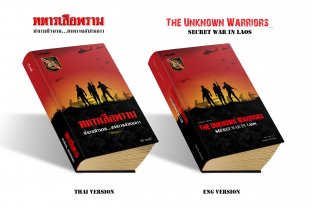 1 Rating
In the reign of FMS. Thanorm Kittikhachorn, former Prime Minister, the Laos government asked Thailand to send troops to fight against the communist treat. Before that time, Russia and China had supported North Vietnam to fight according to the “Domino Plan”, by invading Laos as the first country. If successful, that plan would extend to Cambodia and Thailand respectively. Moreover, the goal aimed to occupy all Asian countries to be the communist regime. The war was caused by Russia and China which violated the treaty.

The confederate of America saw that Asia is the world’s main food source and South East Asia is the key terrains of front strategy. This region therefore must be maintained for the stability of economy, society and politics. When one party violated the treaty, the Allies also could do the same. America provided financial and weapons to support Laos government to resist aggression. At the same time, asked the Thai government to arrange troops to join the war. The Thai government considered that communist treat was approaching which would inevitably a great disaster to 3 main institutions. Therefore decided to send a total of 30 S.G.U. battalions to join the war. Importantly, if a war occurs in Thailand it would certainly cause damage to life and property.