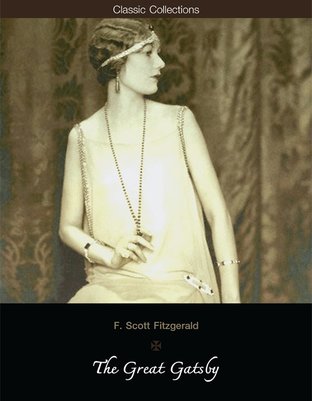 5 Rating
The Great Gatsby is a novel by American author F. Scott Fitzgerald. The book takes place from spring to autumn 1922, during a prosperous time in the United States known as the Roaring Twenties, which lasted from 1920 until the Wall Street Crash of 1929.

Between 1920 and 1933, the Eighteenth Amendment to the United States Constitution, commonly known as Prohibition, completely banned the sale and manufacturing of all alcoholic beverages: distilled spirits, beer, and wine. The ban made millionaires out of bootleggers, who smuggled alcohol into the U.S.. The setting of the novel contributed greatly to its popularity following its early release, but the book did not receive widespread attention until after Fitzgerald's death in 1940, when republishings in 1945 and 1953 quickly found a wide readership. Today the book is widely regarded as a "Great American Novel" and a literary classic. The Modern Library named it the second best English-language novel of the 20th Century.