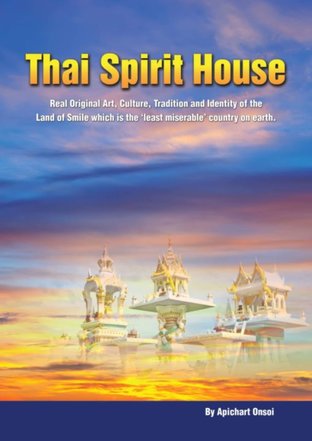 No Rating
Thai Spirit House or Spirit House, Saan Phraphummi in Thai, is considered as sacred treasures because they indicate about art, culture, tradition and identity of the nation since the beginning of the country until now. Thai spirit house is regarded as example case of the integration and combination between original belief with new religion without any violence and conflict. The belief in spirit house and Buddhism which was brought to publicize to the people at that time were closely intertwined without any interference or obstruction. At present, there are spirit house in every house, every building and
every shopping house almost everywhere at the same time Thailand, which its population is more than 95 % as Buddhist with minorities of Muslims 4%, Christians 1% and other religion, is the land of most secure and original Buddhism with 30,000 Buddhist temples and 400,000 monks and novices. I am proud to present this wonderful story to all of you and hopefully you will enjoy and absorb with this value cultural traditional sculptures.